The first surprise is that the Black Isle isn’t - an island that is, but this often bypassed corner of the Scottish Highlands has many other unexpected treats to offer. 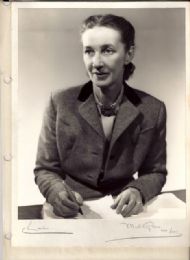 The ‘black’ of the isle is thought by some to have its roots in the good agricultural soils of the area creating a farming landscape that provided inspiration to author Jane Duncan, picture left, whose 'My Friends’ books were immensely popular in the 1960s.

She made her home in Jemimaville  and, her novels vividly evoke the farming life of the 1920s and 30s.

‘... facing us, were the nine front stacks. These would be the last of the big stackyard to be threshed, and they were all securely thatched against the winter, but woven into the thatch of each stack in dark-green broom, which showed black in the moonlight, was a letter, so that the front row of stacks spelled ‘Poyntdale’.’ 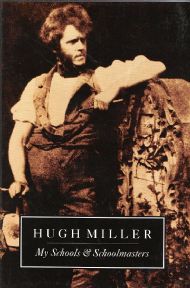 Hugh Miller, Victorian writer and geologist, brought the Black Isle communities and folk lore alive in his books My schools and Schoolmasters and Scenes and legends from the North of Scotland.

The Black Isle landscape continues to inspire today. Rosemarkie beach was the setting for a mysterious disappearance in ‘Waiting for Lindsay’ by Moira Forsyth, and Cromarty the backdrop for an eclectic mix of characters in Angus Dunn’s Writing in the Sand.

Angus’ home is on the Black Isle, as is Anne Macleod’s, whose first novel The Dark Ship received high critical acclaim and who has had many of her poems widely published. Elizabeth Sutherland, based in Rosemarkie is a writer of many novels and history books, included amongst the latter is Lydia, her biography of Lydia Miller, wife of Hugh.

This description in Kenny Taylor’s Natural Heartlands, which looks at the changing British countryside, reveals how inspiring the Black Isle landscape can be ;

‘a clump of rowan trees is prominent near the garden’s end. Still bare of leaves and with berries stripped, months earlier, by field fares that breezed in from the sea, plundered, then were gone, the filigree of trunks, branches and twigs is grizzled with lichens.

The first family to live in the cottage that once stood near them might have planted the eldest tree, perhaps as a charm to keep further misfortune from their door after arrival from another home in a distant glen . . .

I can never weary of this view, or ascribe straight values to it. For I am keenly aware of my good fortune at being able to look out on its richness, day after day. There are precious few places in Britain and Ireland which combine such variety within a single scene, yet almost every part of it owes its current form to human enterprise and shaping.’