"Where Wild Things Are"

This will be the 10th  Festival on the Black Isle. It began as the Cromarty Book Festival in the autumn of 1999 and with one gap of about 18 months earlier in this millennium, has happened every year since then.

As an opening on the Friday evening local authors Jim Miller, Angus Dunn and Anne MacLeod "on the couch" will discuss the sense of place in their writing with fellow author and Black Isle Words Chairman,  Kenny Taylor.

Storyteller Margot Henderson  will also be contributing to the Friday evening celebrations.

Over the weekend the theme will be further explored by a range of contributors.

On Saturday there will be:

author Linda Cracknell  who has published two collections of short stories, Life Drawing (2000) and The Searching Glance (2008).She has also edited A Wilder Vein, an anthology published in 2009 by Two Ravens Press, linking writers with the natural world. She writes drama for BBC Radio Four and received a Creative Scotland Award in 2007 for a collection of non-fiction essays in response to journeys on foot.

and poet Gerry Cambridge  who often takes nature as his subject. His work is collected in Nothing But Heather!: Scottish Nature in Poems, Photographs and Prose (Luath Press, reprinted 2008) and in Aves, prose poems about wild birds (Essence Press, 2007) and elsewhere. Cambridge is the founder-editor of the Scottish-American poetry journal, The Dark Horse.

We will also be celebrating  the centenary of Black Isle author, Jane Duncan on the Saturday afternoon.

At the East Church, Cromarty, Dr Fiona Thomson of Leeds Trinity University will give a talk about her research into the Jane Duncan family archives. Mairi Hedderwick, illustrator of the Jane Duncan 'Janet Reachfar' children's books will also speak and the afternoon will finish with harp music from one of the musicians attending the Cromarty Arts Trust's 'Harp Village' weekend.

Saturday night will see the return of the popular Black Isle Words Ceilidh,  where Festival contributors and members of the public alike can get together to do their party piece and share stories, poems, music etc over a glass of wine or two.

And on Sunday we'll be joined by: 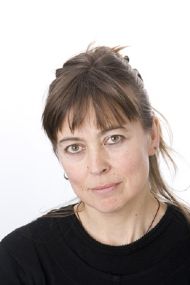 Jay Griffiths is a British writer, living in Wales, and author of Pip Pip: A Sideways Look at Time and Wild: An Elemental Journey. Winner of the Barnes & Noble Discover award for the best new non-fiction writer to be published in the USA. Shortlisted for both the Orwell prize and for the World Book Day award. Winner of the inaugural 2007 Orion Book Award in the USA.

Sir John Lister-Kaye  - one of Scotland’s best- known naturalists and conservationists as well as being a professional lecturer of international repute. He is a Times columnist and the author of nine books on nature and wildlife.

and publisher and novelist Sharon Blackie
who will talk about how living in the wild informs both her writing and the Two Ravens Press approach to publishing.