An informal evening to welcome our guests with a programme of diverse delights not to be missed.

The Guga Hunters and other pieces of gannet lore

Donald also intends to visit a few other subjects and locations, touching down on islands on the periphery, from the Aran islands to the Holy Ground of Sulasgeir. From Ness on the Isle of Lewis, Donald writes poetry, fiction and non-fiction, including the bestselling The Guga Hunters. He has written on a wide range of islands - from Cape Clear to Unst.

Oral history as a non-fiction source: The Touchwood Chronicles

Mairi is an environmental historian specializing in the history of Scottish woodlands, She joined the staff of the UHI Centre for History in 2005. Her publications include the books from the Touchwood project on the oral history of forestry, sponsored by Forestry Commission Scotland. Hugo is an honorary research fellow at the
University of Aberdeen with a particular interest in oral history.

A Black Isle resident,  Kenny is well known as a writer, campaigner and broadcaster on environmental topics. He is author of some ten books, as well as articles and scripts.

Getting published in magazines: a discussion of good practice, and potential outlets in Scotland

8.00 pm An evening with stories, songs and poems

An opportunity to meet some of the festival contributors in this informal gathering, with Janet McInnes as bean an tighe. Well known as a poet and storyteller, former Festival goers will remember Janet's inimitable style. 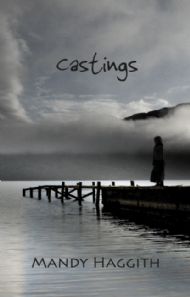 A workshop for beginners and experienced writers, exploring how vivid writing about tastes, smells, textures and sounds from the natural world can reveal and evoke feelings. Mandy lives in NW Sutherland.

Her publications include the poetry collection, Castings, and a novel, The Last Bear, and she has recently won a SAC bursary to focus on writing, mostly poetry, about Assynt.

The Devil and the Doubting Minister

James discusses his novel The Testament of Gideon Mack, a story set in the strange territory between belief and skepticism, truth and fantasy, history and legend. Long-listed for the Man Booker Prize and an unlikely choice for Richard and Judy's Book Club, this story of a Church of Scotland minister's crisis of faith raises more questions about life and death than it answers.

Poet, editor and novelist, James's other novels include The Fanatic and Joseph Knight. He has also edited two volumes of the
works of Hugh Miller and is co-founder and editor of Itchy Coo, the imprint that produces books in Scots for children.

This year all events take place at the Cromarty Training Centre, located in the Old Brewery.

Teas and coffees will be available between the events.